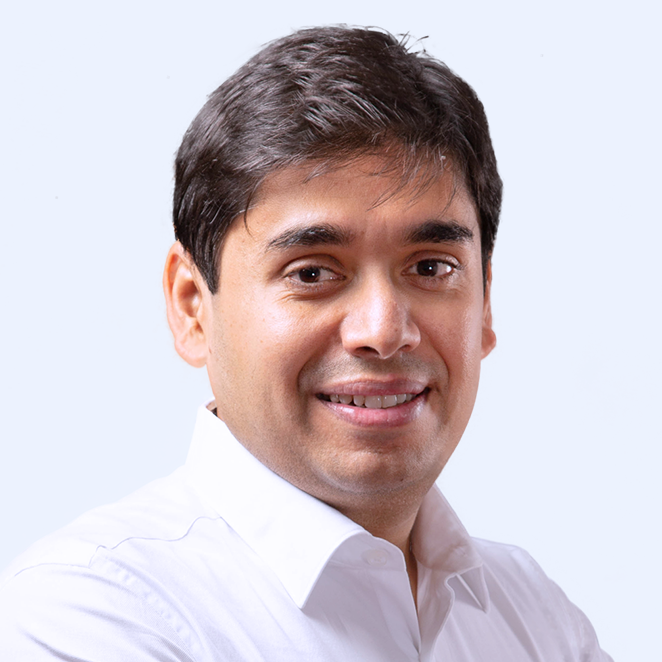 Naveen is the founder of InMobi. His philosophy of constant innovation and disruption is embedded deep into the DNA of InMobians and is resonated across InMobi. His dream is to re-imagine advertising in a truly ‘user-first’ way and unlock the true potential of the mobile ecosystem.

He has a Bachelor’s degree from Indian Institute of Technology, Kanpur (IIT) and a Master’s degree in Business Administration from Harvard Business School, where he was also bestowed with the Dean’s Award, for his exceptional leadership and contribution. In 2013, his alma mater, Indian Institute of Technology, Kanpur also honored him with the esteemed ‘Distinguished Alumnus Award’ for his excellence in entrepreneurship.

Naveen is involved in the fueling of around 30 start-ups as yet in India and has personally invested and supported several start-ups like NestAway, SlideRule, Mettl, Moneysights, Bombay Canteen, Zimmber, Razorpay etc. A believer that start-ups will be the pillars of growing India, he co-founded iSPIRT, which is a change agent with the brain of a think tank and aims to address government policy, create market catalysts, and grow the maturity of product entrepreneurs in order to transform India into a hub for new generation software products.

He also founded and chairs a U.S.-based nonprofit called India School Fund which funds and sets up schools in rural India, a cause he cares deeply for.

Naveen is a board member at Paytm and has been recognized for his entrepreneurial skills at various platforms. He received several awards and recognitions over the last several years:

An avid fan of cricket, Naveen is a fitness enthusiast and his early morning routine alternates between a long run outdoors and a cycling trip around the less crowded parts of the city. 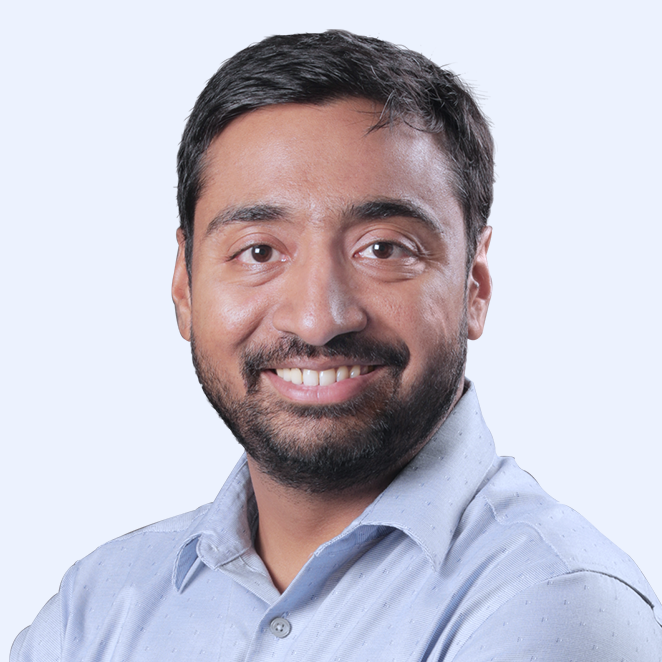 Abhay is a Co-Founder of InMobi Group and the CEO of InMobi Marketing Cloud, a company whose mission is to power intelligent, mobile-first experiences on connected devices. Abhay drives the company’s global business, enabling the world's leading brands to reach over 1.3 billion people in over 190 countries. Prior to his current role as CEO, he held several different executive positions within InMobi including Chief Revenue Officer and Head of Human Resources. Abhay was recognized as one of India's most influential and impactful young business leaders by the Economic Times 40-Under-Forty in 2018. During his time as CRO, Abhay drove record revenue growth globally across China, APAC and the U.S. markets, helping InMobi be recognized as one of the 50 most disruptive companies by both CNBC and MIT Technology Review. Abhay received his Bachelor’s degree from the Indian Institute of Technology, Kanpur (IIT). He is based in the San Francisco Bay Area. 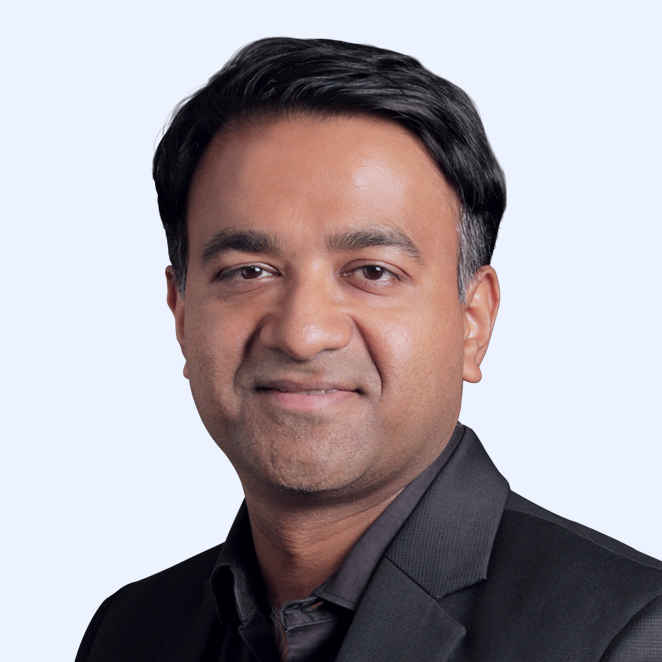 Piyush is responsible for the vision, strategy, and execution of all things Marketing Cloud and Data Cloud. Before taking up this role, he spearheaded the product team as the Chief Product Officer and also lead the Performance Advertising business. Piyush was also instrumental in the launching InMobi SmartPay, a mobile payment solution. Piyush strongly believes that advertising when done right will have the perfect mix of art and science, thus making it appealing to every user who interacts with ads. Piyush takes an active interest in talking to app developers across the world and has featured as a speaker in various international forums across GMIC, Slush, Game Developer Conference amongst many others.

Prior to joining InMobi, he served as Associate Vice President at Deutsche Bank, where he was a part of the core team that established their Payments & Private Banking business in India.

Piyush also founded an educational portal and youth marketing venture called LearningSpiral, which saw him recognized by Business World as one of India’s Innovative Youth Entrepreneurs. Outside of work, Piyush takes great interest in nurturing product startups in India and mentoring young entrepreneurs.

Married with two kids, Piyush has an MBA in Strategy and Marketing from the Indian School of Business (ISB), Hyderabad and was president of the ISB Alumni chapter. 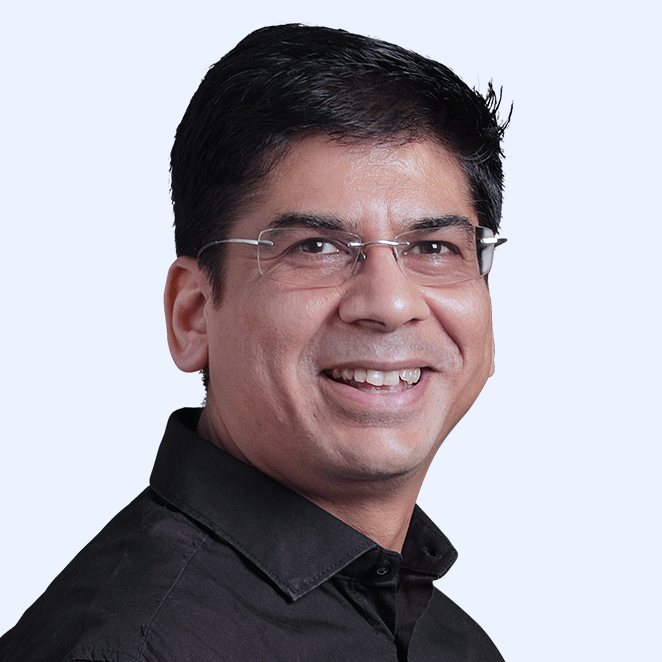 Mohit is the Co-Founder at InMobi. Before InMobi, Mohit managed technology operations at Virgin Mobile, designing and deploying their post-paid billing system and their pre-paid revenue recognition system. Mohit earlier worked at AT&T and has contributed to many patents filed in the telecommunications area.

Fascinated by small ideas that turned into global powerhouses, and innovation, simplicity, and the potential of technology have always been his passions. InMobi is a both a passion and a dream come true for him.

Mohit has a bachelor’s degree in Engineering from the Indian Institute of Technology, Roorkee.

Mohit’s passion for technology doesn’t stop at work and is always on the look-out for ways that he can use it to make his life easier. 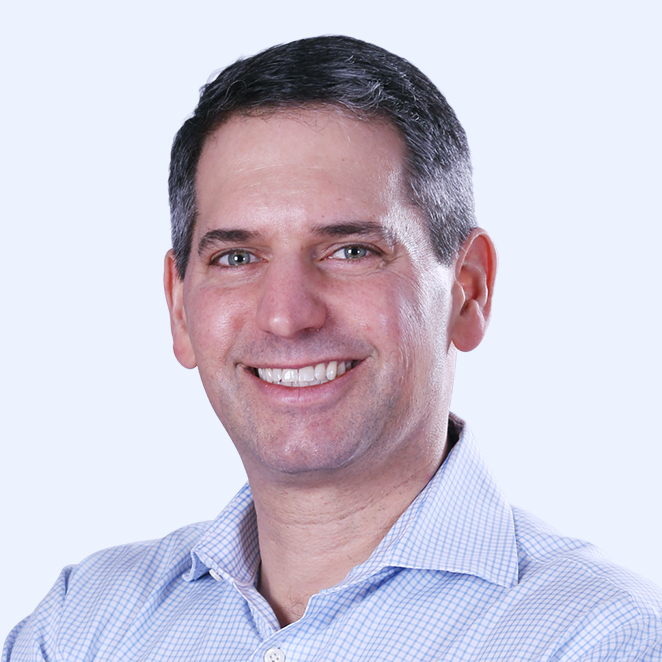 Marc is the Chief Financial Officer. Marc oversees all financial aspects at InMobi including M&A decision-making and global growth as the company continues to expand.

Marc has over two decades of experience working in investment banking focused on growth companies. In the past, he has advised more than 100 clients in transactions totaling over USD $25 billion. In his last stint, he served as Managing Director and Co-Head of Piper Jaffray’s Technology Investment Banking Group. His transaction experience includes advising on M&A, IPOs and raising private capital across the U.S., Europe, and Asia.

Before Piper Jaffray, Steifman was Managing Director at Jefferies and Co. and Bear Stearns, and Vice President at Prudential Securities. Marc graduated with an AB in Economics from Dartmouth College, and received an MBA in Accounting and Finance from the University of Chicago Booth School of Business. He was a linebacker on two championship football teams at Dartmouth but now enjoys a quiet jog, skiing and is learning the guitar. 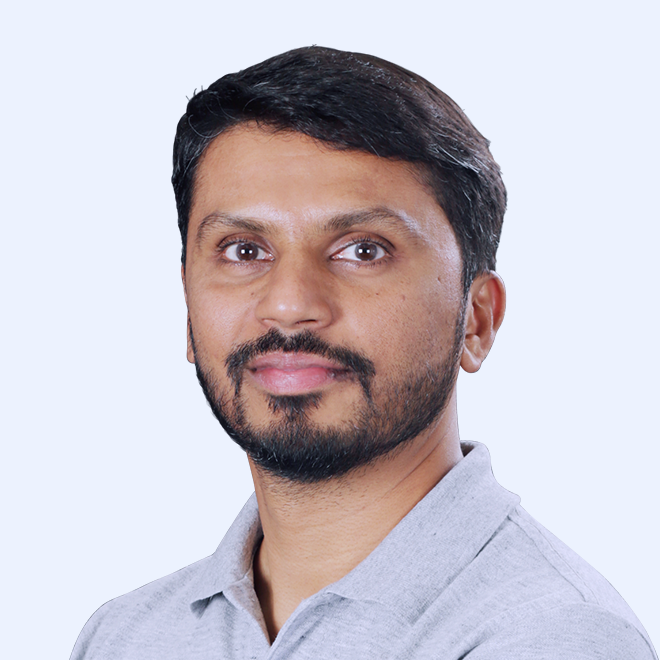 Sahil is responsible for the Human Resources function at InMobi Group. Previously, Sahil held various positions at InMobi including Head of Partnerships and Head of Global Revenue Insights and Delivery.

Prior to InMobi, Sahil was the Head of the Hyderabad Office and Head of Operations for Facebook. He also held leadership roles in sales, business development, and customer delivery at Google, Coors Brewing Company, and Cognizant Technology Solutions.

Sahil has a bachelor’s degree in Computer Science from the Army Institute of Technology, College of Engineering, Pune, and an MBA from the Indian School of Business.

Jessie Yang is SVP and GM InMobi Greater China. Jessie has built InMobi Greater China from scratch to a market leader in the China mobile advertising space within several years.  Under her leadership, InMobi has been growing very fast and has become the market leader with constant product and technology innovations in the mobile internet space. InMobi is one of the very few international internet companies that are successful in the China market. InMobi has won numerous government and industrial awards in China, including “2018 China Most Innovative Company”, “2019 Top 10 Influential Companies”, and “Best Place to Work” from 2017 to 2019. Jessie has received the awards of “2019 China Innovative Entrepreneur” by Economic Daily and “Forbes China Top 100 Business Women” in 2019 and 2020.  She is the only female executive selected by Forbes from the China mobile advertising and marketing space.

Jessie has extensive global experience and deep mobile industry background.  Prior to InMobi, Jessie was GM of Business Development and VP of Operations of TOM Group in charge of mobile internet business development and new media business.  Before TOM Group, she was COO of Sky Flying Media Group in charge of overall business.  She also worked at McKinsey & Company as Senior Engagement Manager covering TMT sector, developing strategy and providing management consulting services to top clients both in China and Asia Pacific.  Before she returned back to China, she worked in Boston for six years providing management consulting services to top clients in US and Europe.

Jessie holds a MBA degree from MIT Sloan School of Management.  She also holds dual bachelor degrees both in Economics and Mathematics from Huazhong University of Science and Technology in China.

Vasuta is the SVP and Managing Director for Asia Pacific at InMobi. She is responsible for the P&L, revenue, strategic partnerships and business for India, Southeast Asia, Japan, Korea, and ANZ markets. She has been with InMobi since 2012 and has worn many hats in her time from strategy to product management to business roles. Before her APAC role, Vasuta has led the India business for InMobi, headed business development for APAC and helped setup the global partner management and online/ inside sales business for InMobi.

Vasuta started her career at Intel after graduating as an electronics engineer from BITS, Pilani, and went on to be a Director’s Merit Lister from IIM-Bangalore for her MBA. Post MBA, she spent 3 years in strategy consulting at McKinsey owning work streams for government, finance and consumer goods clients. Her internships at Goldman Sachs, London and The Teacher's Foundation have equally contributed to a well-rounded career experience, across many markets, sectors and functions.

She has featured in the Campaign Asia "Women to Watch 2020" list, among the "Top 50 Influential Women in Media and Marketing in India" for 3 successive years since 2018 and in the "Economic Times Women Ahead List" for 2018. She is also a champion of women leadership & initiatives for mentoring young women professionals with 'Pink Ladder' and the ‘She Leads’ Annual Summit. 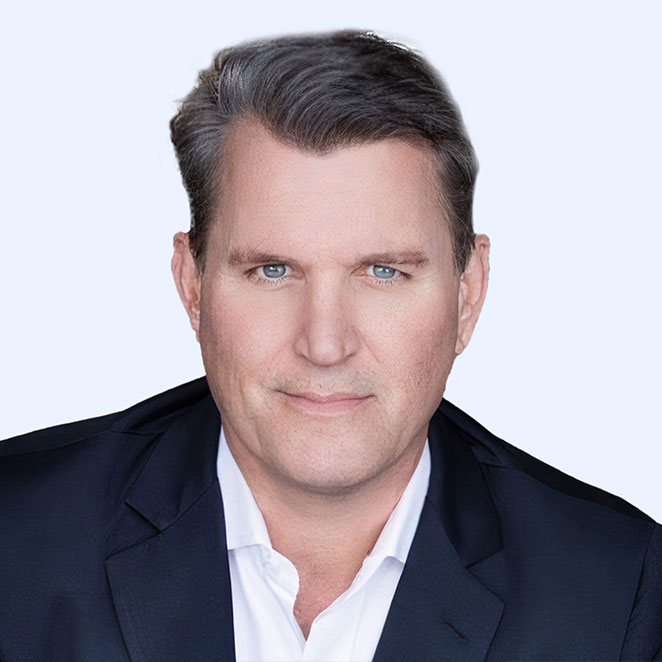 Archibald brings more than 20 years of experience leading teams across digital, mobile, data and ad tech. His strong track record of driving triple digit revenue growth, exceeding client retention goals and inspiring teams uniquely positions him to help InMobi accelerate platform adoption across brands and agencies. In his last role as EVP of the America’s at Criteo, he owned P&L responsibility for their largest region and led a 250-person sales and operations team. He has also held senior level strategic revenue positions at NinthDecimal, Datalogix, Yahoo and Intuit. Prior to launching his career in the digital world, he served for over nine years as a pilot in the U.S. Navy.” 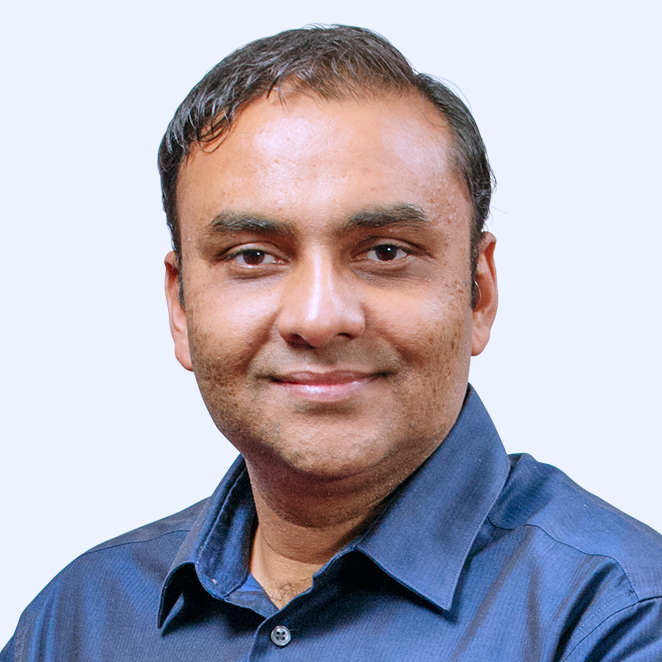 Amit is a Co-Founder at InMobi. Post his graduation, Amit chose to stay away from the conventional low-risk approach of working with large companies and decided to opt for a career with startups to fulfill his desire to learn a few tricks on running a business. The passion of entrepreneurship really took over him within a few years and he founded a product company called AnalyticsWorks, that created a business intelligence platform focused on media, retail and commerce. Post this, Amit was fascinated by the exponential growth of mobile phones and believed strongly that this device would bring fundamental changes to the world and thus embarked on the journey to start InMobi.

Amit has been playing an active part in building a vibrant startup ecosystem. He is an angel investor and also advises young entrepreneurs on the various aspects of running a startup.

Amit has a bachelor’s degree in Mechanical Engineering from the Indian Institute of Technology, Kanpur. 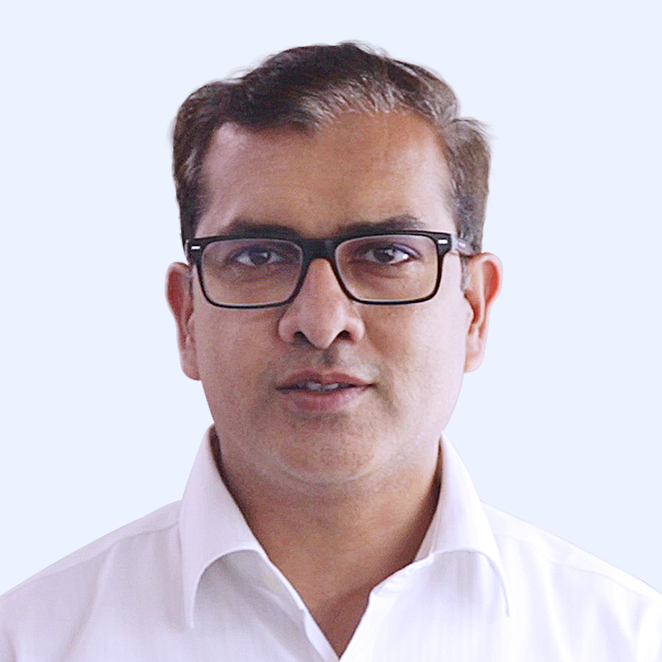 Amit is responsible for the global legal function, including privacy and data protection.

Amit is an attorney with over 18 years of experience working with Indian companies and global corporations. Amit specializes in designing and implementing the legal and compliance functions for technology companies and has deep expertise in solving cross border legal issues, international privacy, and data protection requirements as well as navigating government regulators and authorities.

Amit is a lawyer licensed to practice in India and a member of the Institute of Company Secretaries of India. Amit has a bachelor’s degree in Science and law degree from the CSJM University, Kanpur.